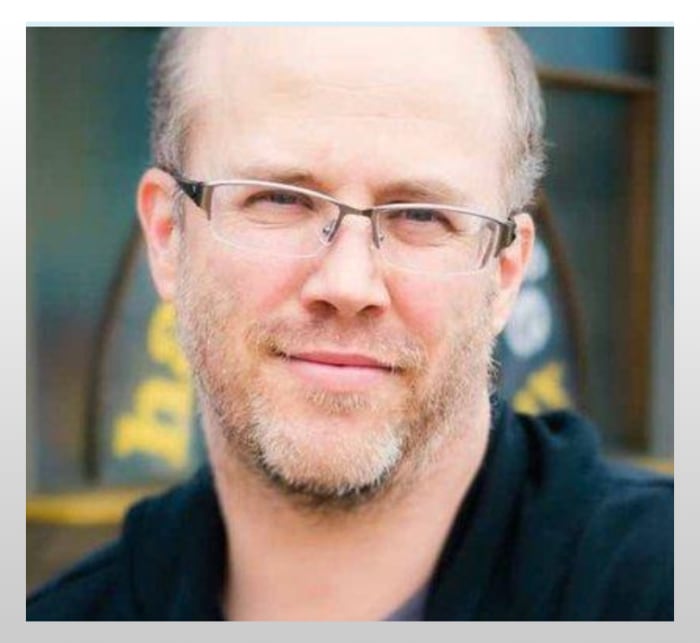 Topic: “But what happens next?" A lighthearted look at writing for soap operas.

Stephen is a writer and historian based in Brisbane.  For over three years he was story producer on the internationally screened serial drama “Neighbours”, supervising the writing department and helping plot over a thousand thirty-minute episodes. Prior, to that he was a story producer, writer and script editor for several years on the serial drama “Home and Away”. He wrote the feature films “Jucy” and “All My Friends Are Leaving Brisbane”, earning an AFI Award Nomination for Best Adapted Screenplay for the latter. He won an AWGIE Award for his “Neighbours” script for episode 6857, the first time the show had won in that category in a decade

He is the author of the biography, Rod Taylor: An Aussie in LA, which was turned into the documentary, “Rod Taylor: Pulling No Punches”, in which Stephen appeared as an interviewee. He has always worked as a journalist, script editor, researcher and consultant, and is the author of several plays which have been performed around the world, including the AWGIE-nominated “Friday Night Drinks”

What a superb breakfast we had on Saturday 8 May 2021. Lovely food and a marvellous speaker. Stephen Vagg took us through the development of a possible new soap called Paradise (as shown in the photo). 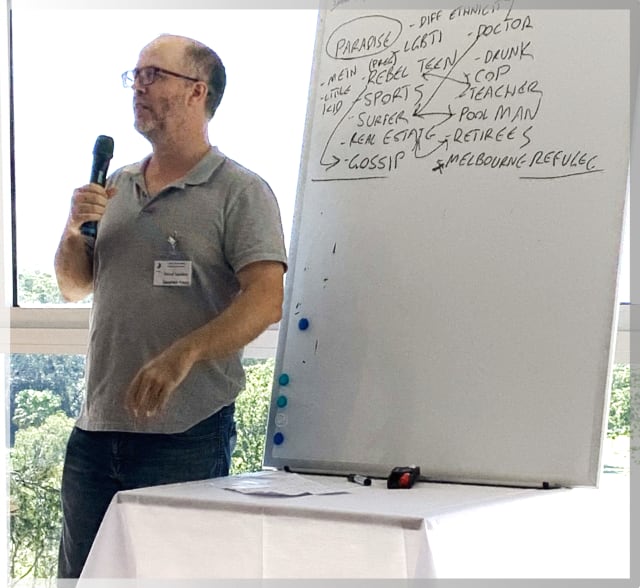 For more photos of the event, please visit our Facebook page:

‘IT’ is coming up this year! Can the Sunshine Coast Branch of GWQ really be 30 years old?  Can some of our members really still be energetic and enthusiastic?!  Participation numbers say YES! So, let us celebrate in style again – Sunday, August 8th, 2021. 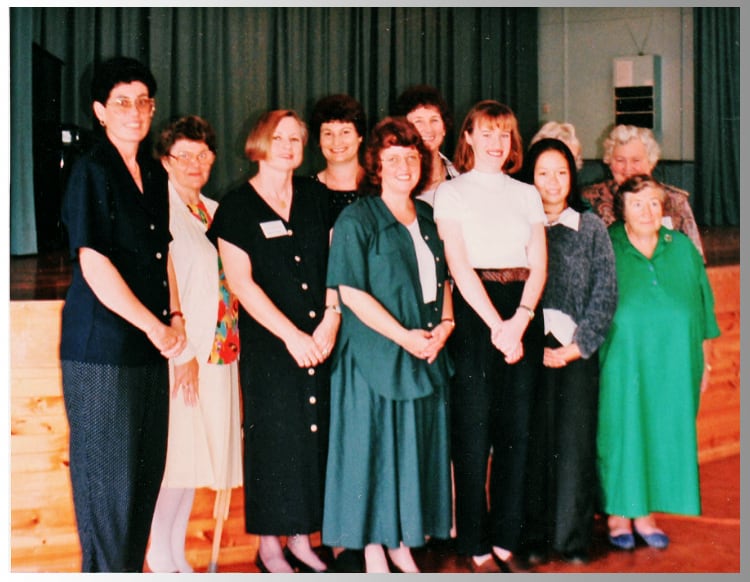 Our first bursary winners and the Executive Committee, 1st May 1996

We celebrated 5 years of growth. The SC University College had just enrolled its first students. How exciting was that! We held a Birthday Breakfast (cost $15) at the Buderim Ginger Mountain Resort (now the site of many townhouses). The speaker was the new Dean of Arts, Dr Robert Elliott. Betty Vawser’s summary in the newsletter is fascinating to read today. The committee that year included old-timers Norma McMichael, Libby Burge, Bev Hinz, Margaret Welshe and Dianne Weeks. Our Past President Sylvia Hovey received one of the first bursaries at a Bursary Breakfast catered by a team of members under Chef Bev Hinz. The President of AFUW Qld accepted our invitation to address us that morning 25 years ago 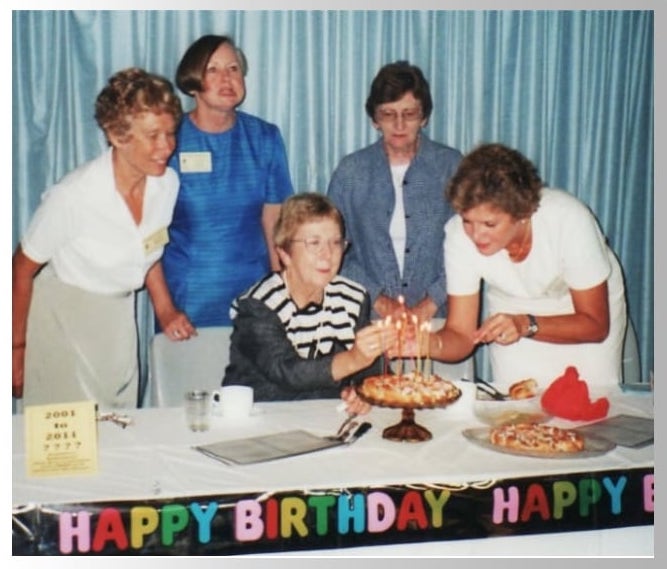 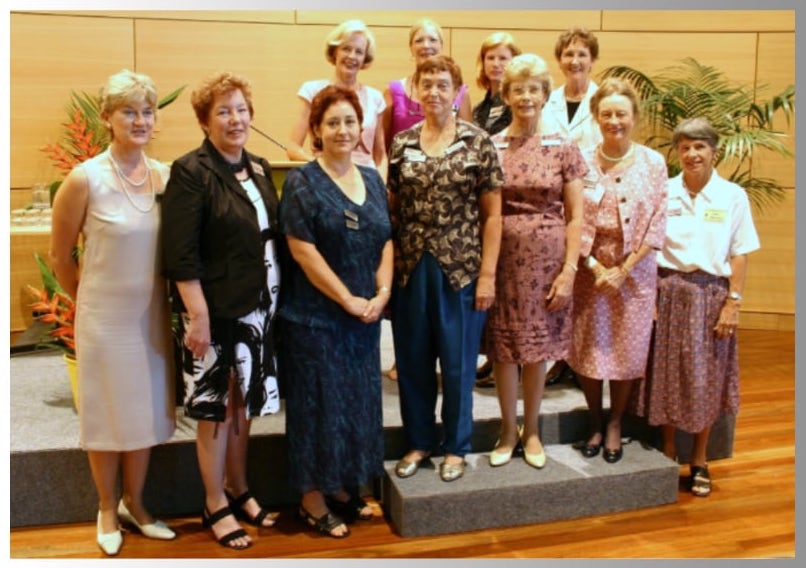 Executive Committee with Governor of Qld, Her Excellency the Hon. Quentin Bryce, May 2005

Teenage years – 15 years old. ‘The Naked Italian’(!) at Twin Waters hosted our Celebratory Birthday Breakfast.  President Marilyn Keelty had commenced The Special Project in 2004, led by Dr Jenny Hughes, to assist the education of refugee women in Qld - ESL classes at USC, Home Hosting, Mini Bursaries and swimming lessons. $24,500 was awarded in bursaries during these five years, underpinned by the income from ‘Gowning the Grads’ organised by Sue Tranter and Dr Jenny Hughes among others. Bursary procedures were updated by Marilyn. Bursary Presentation Breakfasts held at USC were outstanding and attended by VC Prof Paul Thomas. Her Excellency the Honourable Quentin Bryce, Governor of Qld, attended a special International Women’s Day function.  The Tsunami appeal was generously supported.  80% of members received the Newsletter by email. Fellowship flourished at social functions. The state body in Brisbane supported the still young, but maturing branch.

Our first fifteen years initiated and developed activities that continued over the following ten years. See the next Newsletter to refresh memories of those years. And for the last five years make sure you reserve your seat for the 30th Anniversary Celebratory function! 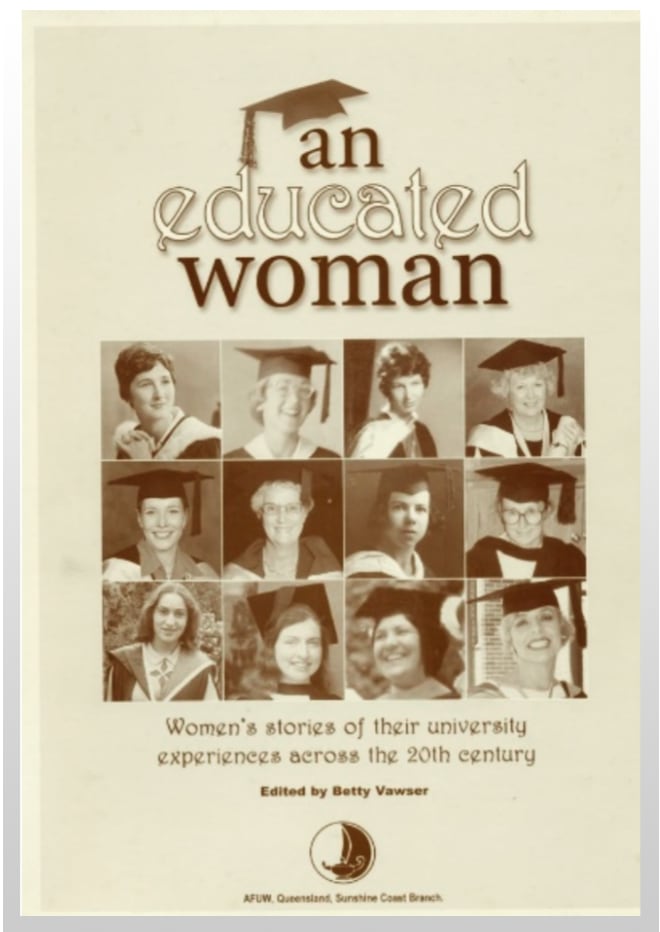 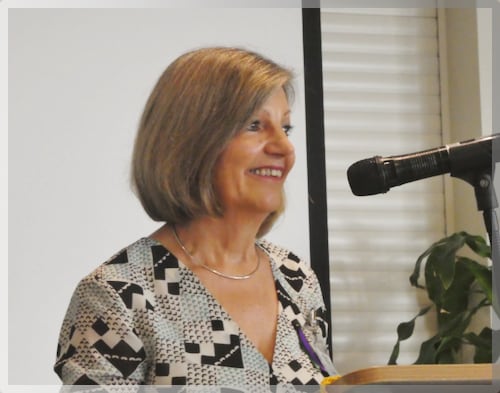 Over 70 people, including 3 brave men, were present at the wonderful International Women’s Day Breakfast on Saturday 6th March 2021. 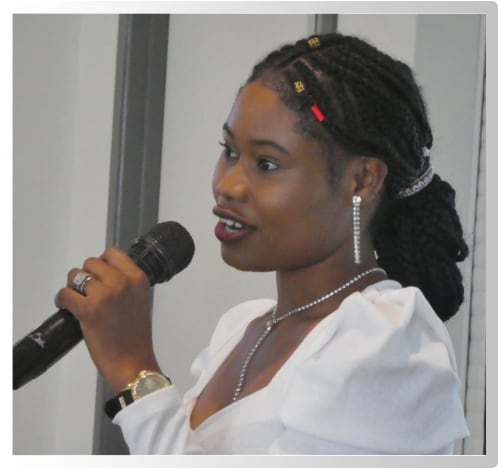 A bursary was presented to refugee student Ruth Howard who has commenced her Social Work degree at QUT. She aspires to helping others from similar backgrounds as she was helped. She spoke with joy and gratitude about her 2 weeks on the Sunshine Coast staying with members of GWQ SC.

Professor Helen Bartlett, the new Vice Chancellor and President of the University of the Sunshine Coast, then told us of her journey from student through academic positions in the UK, Malaysia, Hong Kong and Australia. Gerontology has been her research focus, and she described what she’d gained from working with people from other cultures. She talked about the attributes of good leaders and how she sets goals in each position and is then “relentlessly focused”. A very enjoyable morning. This writer even won a raffle prize!! 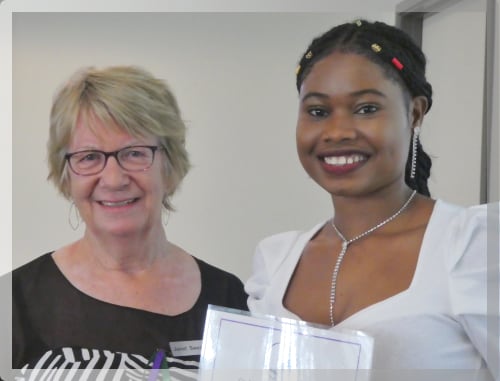 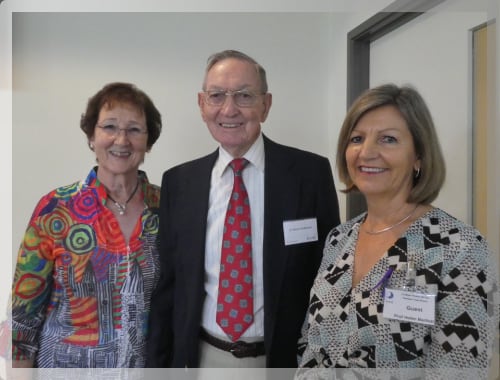 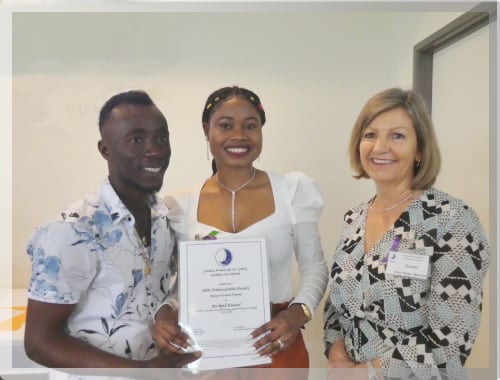 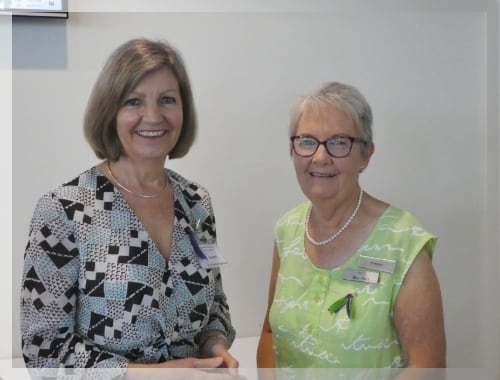 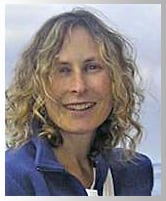 Senior Lecturer and Program Area Coordinator for Creative Industries at the University of the Sunshine Coast. 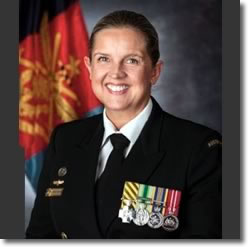 Commodore Sharkey has served as a Medical Officer in the Royal Australian Navy for more than 20 years. CDRE Sharkey began her service under sponsorship while an undergraduate medical student at the University of Queensland and has since enjoyed a range of postings both at sea and ashore with her clinical background mainly in submarine and diving medicine.

In her more recent career she has enjoyed serving at the Director General level in Joint Health Command and as the Head of the Navy Health Community.

Bridget is a co-founder of debase productions - www.debase.com.au

Bridget spoke on the highlights and challenges of forging a career in the creative industries.
‘Everyone has a story’.

Was held on Saturday July 6 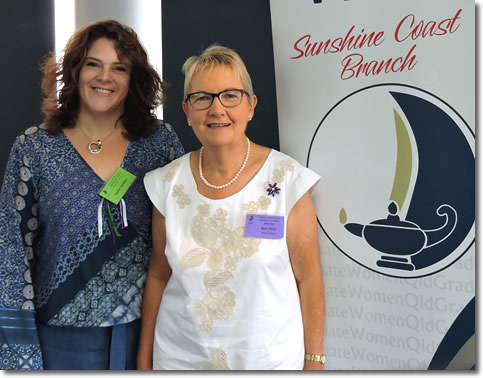 Katie presented: “The Psychology of Violent Crime: Lessons from the Inside"

The IWD breakfast at Maroochy Surf Club was a function to be remembered. In addition to members, we had a large group of guests, in total, 64 members and guests.

Our guest speaker Dr Katie Seidler was able to present a complex topic in a way that everyone could understand. As Member Robyn Nolan wrote: Our amazing speaker, Dr Katie Seidler, addressed “The Psychology of Violent Crime: Lessons from the Inside”. She wowed us with her twenty years’ experience as a Forensic Psychologist working with the violent and abusive people that others fear and avoid, whether they’ve been in prison, are in danger of incarceration or have been released. She has provided rehabilitation to murderers, violent and sexual offenders, and offers ongoing support after release. She explored the development of criminality from prejudicial childhoods, marked by poverty, abuse and neglect, or socialisation, into crime, by poor role modelling or conditioned by learning; or some or all of these factors. Her professional opinions are welcomed by the courts, media and Police. Her enthusiasm and optimism for the benefits of the work to society were impressive.

We were finally able to formally acknowledge the REP success at the 2017 Community Access Awards. Everyone in attendance was able to have a close look at the stylish trophy – the cheque for $2500 was already in the bank and being used!

A visual presentation on IWD breakfasts past provided many interesting and wonderful memories – from the almost debacles (weather and gales when Senator Claire Moore visited) to the inspirational women that have spoken to us with wisdom and love. 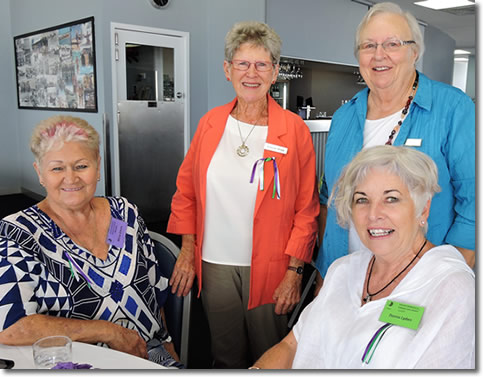 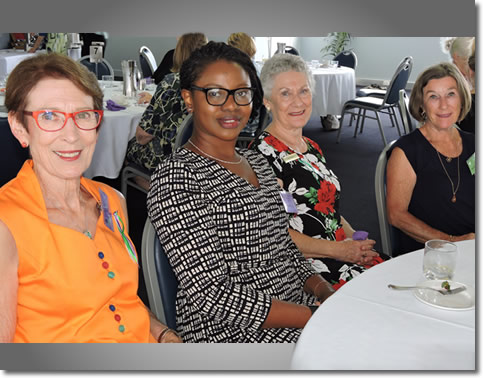 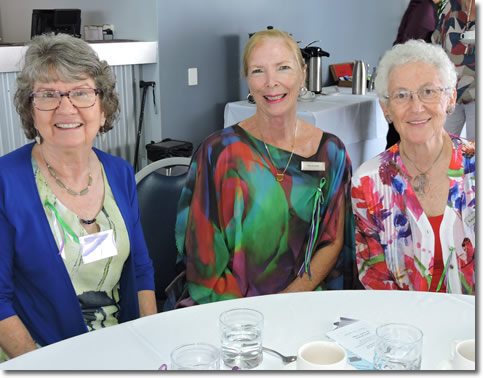 The raffle (put together by Jan Leaks-Jones from member and other donations) raised an amazing $372!

Funds raised from this breakfast are directed toward our bursary program for the education of women and girls, including: 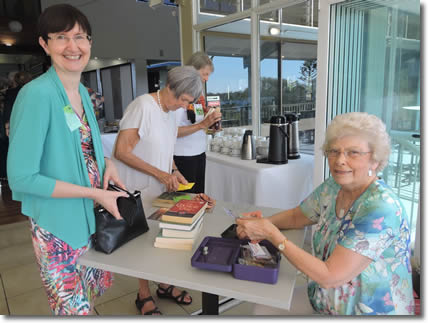 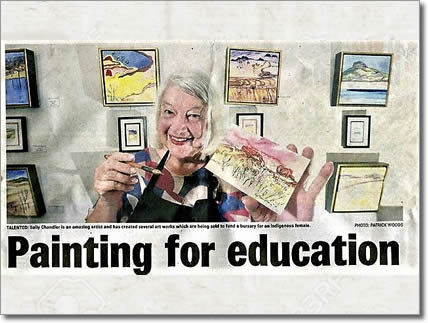 Through the sale of paintings inspired by her recent trip to Central Australia, Sally Chandler has raised over $3,000 to fund a study bursary for indigenous women. 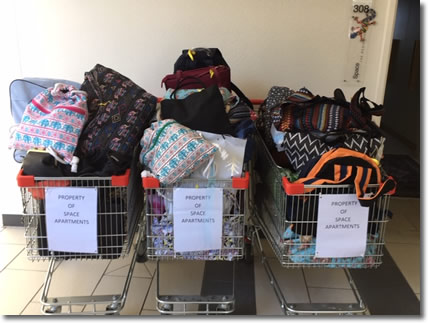 It’sinthebag# - Three shopping trolleys full of donations. The collection was organised by Judy Allinson, to provide women in reduced circumstances (e.g. homeless or in crisis accommodation) with personal items. 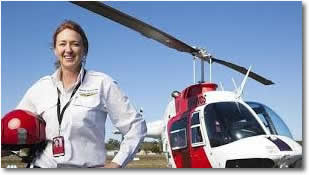 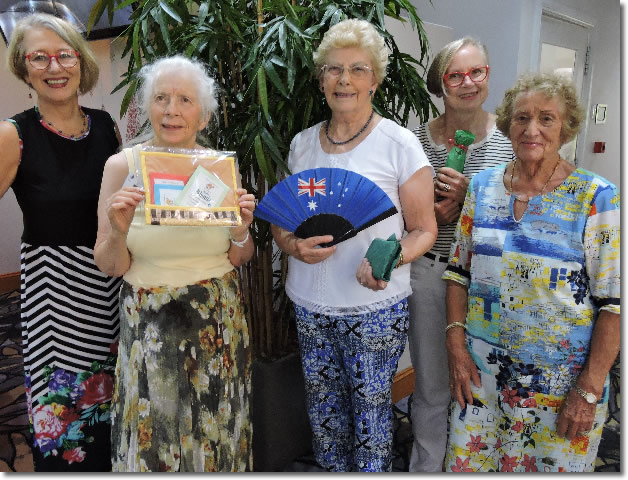 The annual Australia Day lunch was held at Palmwoods Hotel on January 15. Many attendees participated in the Acrostic competition, demonstrating that creativity and wit does not just reside in the young. The overall winner was Betty Vawser (right), who admits to being over 90

The 2017 International Women’s Day Breakfast
was held at The Yacht Club, Mooloolaba 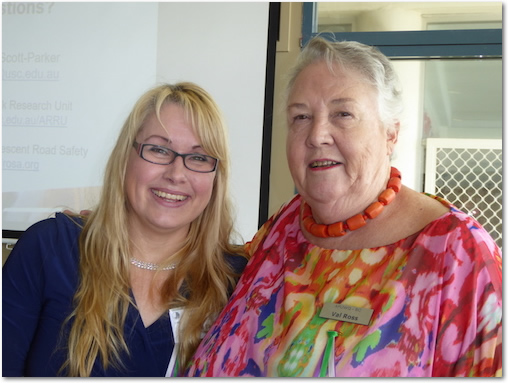 Dr Bridie Scott-Parker leads the Adolescent Risk Research Unit (ARRU) at the University of the Sunshine Coast. As leader of ARRU, Bridie is also interested in adolescent health and wellbeing generally and includes risk taking and the influence of personal, social and structural influence upon risky behaviour.

Theme for 2017 is “Be Bold For Change” – help forge a better working world, a more inclusive, gender equal world. 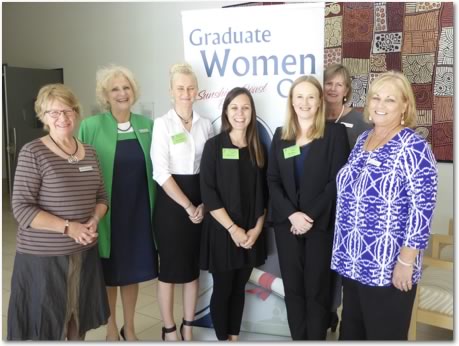 The 2017 Bursary Presentation Breakfast
Was held at the Innovation Centre, University of the Sunshine Coast on 1st July.
Our successful under-graduate bursary winners shared their education journey.